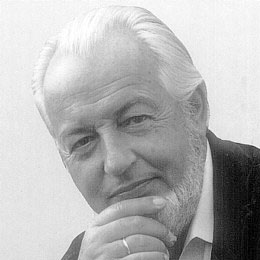 In truth , we only know that there must be a real, objective world we belong to, however we come to the realization that our brain has not yet  reached that level at which its capacity is sufficient for understanding the sum of all properties of this world.  — Hoimar von Ditfurth, (Der Geist fiel nicht vom Himmel, 1976)

It is important to learn what other people have learned, but too many people have lived and died for me to learn more than a small fraction of what they have learned. There is a prodigious supply of information, facts, opinions, theories, suppositions, and doctrines, but the wisdom needed to sort through the mountain of trash in the hope of finding a gold nugget is not supplied.  – Colin Low

We live in a questioning and critical age when the religious and scientific dogmas of the past are increasingly being challenged. The idea, for example, of a personal, anthropomorphic God, a sort of magnified image of ourselves, a God who created the universe and ourselves from nothing, who listens to prayers, grants favours, forgives sins, and eventually consigns us to heaven or hell — such a God finds fewer and fewer believers. At the same time, the idea of a soulless, mechanical universe governed by nothing but chance is not very compelling either. Many people are seeking a deeper and more meaningful vision of life.  — David Pratt

I have discovered the secrets of the pyramids, and have found out how the Egyptians and the ancient builders in Peru, Yucatan, and Asia, with only primitive tools, raised and set in place blocks of stone weighing many tons! — Edward Leedskalnin

In this section of our website we present articles contributed by “guest authors” whose articles and books deal with with interesting and controversial topics:

Our Guest Authors’ articles posted to this BLOG