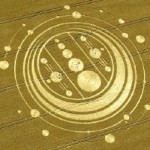 Despite claims by hoaxers and others, the phenomena of crop circles formation remains an enigma yet to be explained by science. Explore popular theories. Crop Circles - formations, usually found in grain crops, where the crop has been mysteriously found laid flat, in patterns, that did not exist in daylight the previous day. Although thought by many to be a phenomena of … END_OF_DOCUMENT_TOKEN_TO_BE_REPLACED 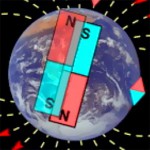 Introduction In a polar region there is a continual deposition of ice, which is not symmetrically distributed about the pole. The earth's rotation acts on these asymmetrically deposited masses [of ice], and produces centrifugal momentum that is transmitted to the rigid crust of the earth. The constantly increasing centrifugal momentum produced in this way will, when it has … END_OF_DOCUMENT_TOKEN_TO_BE_REPLACED 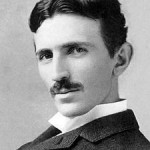 A Weapon to End the War Tesla inherited from his father a deep hatred of war. Throughout his life, he sought a technological way to end warfare. He thought that war could be converted into, "a mere spectacle of machines." In 1931 Tesla announced to reporters at a press conference that he was on the verge of discovering an entirely new source of energy. Asked to explain the … END_OF_DOCUMENT_TOKEN_TO_BE_REPLACED