Presented by Dr. Steven Greer, Close Encounters of the Fifth Kind presents the most controversial information ever released to the public. Whistleblowers and scientific experts bring viewers face to face with extraterrestrial visitors and their message to humanity.

“Close Encounters of the Fifth Kind” is a feature documentary presented by Dr. Steven Greer, the global authority on extraterrestrials who created the worldwide disclosure movement and routinely briefs presidents and heads of state on the ET phenomenon. His previous works, Sirius and Unacknowledged, broke crowdfunding records and ignited a grassroots movement. In this film, Dr. Greer presents the most dangerous information that the architects of secrecy don’t want you to know: how forgotten spiritual knowledge holds the key to humans initiating contact with advanced ET civilizations. The film features groundbreaking video and photographic evidence and supporting interviews from prominent figures such as Adam Curry of Princeton’s PEAR Lab; legendary civil rights attorney Daniel Sheehan, and Dr. Russell Targ, who headed the CIA’s top-secret remote viewing program. Their message: For thousands of people, contact has begun. This is their story.

Unacknowledged Special Access Projects & the UFO cover up that began back in Roswell in the 1940’s. 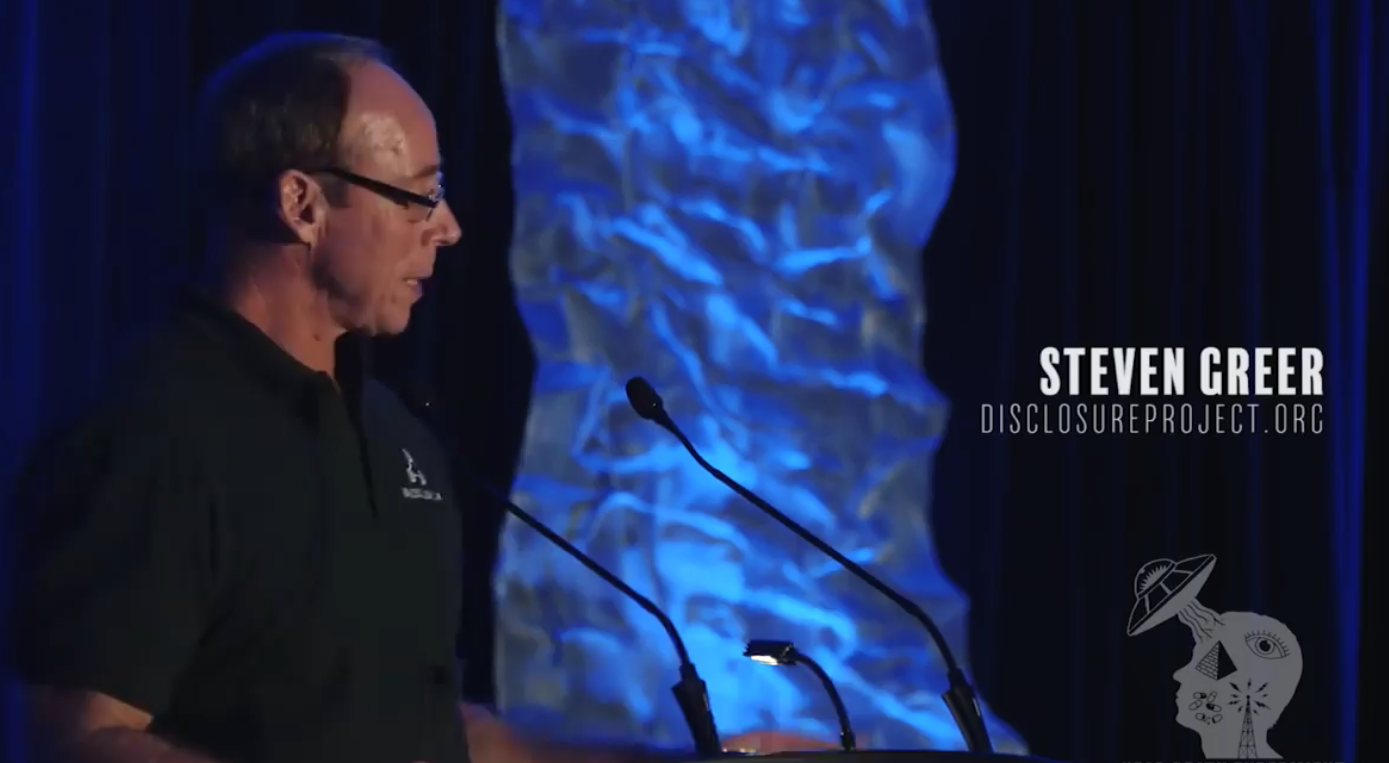 UFO cover up that began back in Roswell in the 1940’s.

The Disclosure Project is a nonprofit research project working to fully disclose the facts about UFOs, extraterrestrial intelligence, and classified advanced energy and propulsion systems. They have over 400 government, military, and intelligence community witnesses testifying to their direct, personal, first hand experience with UFOs, ETs, ET technology, and the cover-up that keeps this information secret.

Beginning in 1993, I started an effort that was designed to identify firsthand military and government witnesses to UFO events and projects, as well as other evidence to be used in a public disclosure. From 1993, we spent considerable time and resources briefing the Clinton Administration, including CIA Director James Woolsey, senior military officials at the Pentagon, and select members of Congress, among others. In April of 1997, more than a dozen such government and military witnesses were assembled in Washington DC for briefings with Congressmen, Pentagon officials and others. There, we specifically requested open Congressional Hearings on the subject. None were forthcoming.

In 1998, we set out to “privatize” the disclosure process by raising the funds to videotape, edit, and organize over 100 military and government witnesses to UFO events and projects. We had estimated that between $2 million and $4 million would be needed to do this on a worldwide basis. By August of 2000 only about 5% of this amount had been raised but we decided to proceed since further delay was deemed imprudent given the serious issues involved here. So beginning in August we began creating the Witness Archive Project and we set about the task of traveling all over the world to interview these witnesses in broadcast quality digital video format. Due to the severe limitation of funds, this effort was predominantly prepared by myself and a few other volunteers roughly from August 2000 through December 2000.

I must emphasize that this has been done under the most severe time and funding constraints, working 7 days a week and mostly 18 hours a day. And I thought the Emergency Department was tough!

I share this only so the reader will understand that these transcripts and other materials are very likely to contain errors. These include likely errors in proper names arising from the phonetic spelling of such names directly from transcribed audio tapes of testimony. I apologize in advance for these.

The transcripts (that appear in the Briefing Document) have only been altered to correct for a) length and b) grammar and readability. I have assiduously avoided changing the meaning of testimony at all times. Statements in brackets [ ] are for clarification. Statements in italics and brackets [ ] reflect commentary on my part and are followed by my initials, SG.

These materials are, as you can now discern, only the tip of the iceberg of what we have recorded on digital videotape. That is, from over 120 hours of testimony by over 100 witnesses we transcribed only 33 hours and then further edited materials down to a fraction of that amount. Moreover, the full archive represents the testimony of only 100 witnesses of the more than 400 identified to date. The edited testimony will be appearing in book form. A portion of it appears in The Disclosure Project Briefing Document and only small excerpts and summary bios of testimony appear in this Executive summary. We hope in the future to secure funding for a 5-6 part broadcast quality video documentary series to be made from the videotaped testimony we have as the impact of hearing and seeing these witnesses speak is very moving.

As you read this testimony remember that it is indeed only the beginning. The rest is up to you: Call and demand that Congress and the President and the leaders of other countries hold hearings into this subject without delay. These witnesses welcome a subpoena so that they may officially testify under oath to what they have experienced and said here. Indeed, the most revealing testimony waits to be seen since the deepest sources are refusing to come forward until protected through official Congressional hearings.

This then brings me to my last point: The witnesses who have given testimony to date are extraordinarily brave men and women – heroes in my eyes – who have taken great personal risks in coming forward. Some have been threatened and intimidated. All are risking the ever-present ridicule that attends this subject. Not a single one of them has been paid for his or her testimony: It has been given freely and without reservation for the good of humanity. I wish to personally thank them here and extend to them my personal, highest respect and gratitude.

Please, I implore you not to let this effort and their sacrifice be in vain. Help us place this matter in front of the public, the media, and our elected representatives so that the full truth may be disclosed, so that those Earth-saving technologies now classified may be released, and so humanity may enter a new chapter in its evolution as one of many people in the cosmos.

This summary is focusing on the testimony of important first-hand witnesses. We have thousands of government documents, hundreds of photographs, trace landing cases and more, but it is impossible to include them in a summary of this length. These materials will be made available for any serious scientific or Congressional inquiry.