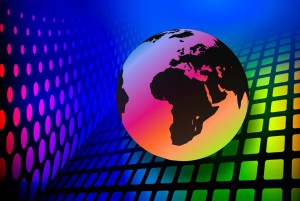 In this section of our website we present articles dealing with modern politics, economy and Globalization.

The term New World Order or NWO refers to the emergence of a totalitarian “One World” Government. 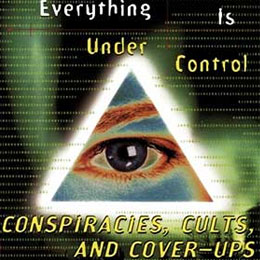 Viewing the history of the world as the history of warfare between secret societies, conspiracy theorists claim that established upper-class families with “old money” who founded and finance the Bilderberg Group, Bohemian Club, Club of Rome, Council on Foreign Relations, Rhodes Trust, Skull and Bones, Trilateral Commission, and similar think tanks and private clubs, are illuminated conspirators plotting to impose a totalitarian New World Order — the implementation of an authoritarian world government controlled by the United Nations and a global central bank, which maintains political power through the financialization of the economy, regulation and restriction of speech through the concentration of media ownership, mass surveillance, widespread use of state terrorism, and an all-encompassing propaganda that creates a cult of personality around a puppet world leader and ideologizes world government as the culmination of history’s progress.

Are all NWO conspiracy proponents paranoid or there is something valid to their claims?

The 1960s mark the beginning of a great deal of conspiracy theories claiming that the governments of both the United States and the Soviet Union were controlled by a cabal of corporate internationalists, greedy bankers and corrupt politicians intent on using the United Nations as the vehicle to create the “One World Government”.

Read more about it: http://blog.world-mysteries.com/ancient-writings/what-is-the-new-world-order/

“Thinking is the hardest work there is, which is probably the reason why so few engage in it.”  — Henry Ford

The Elite give us the illusion of freedom but control all of the choices. The Elite give us the choice of 500 cable stations, yet the same message comes from all of the channels. They give us aisles and aisles of food, yet 90% of it is just corn and soy byproducts. They give us the choice of hundreds of political candidates, yet nothing changes because both sides are bought and paid for by the Elite. They give you the choice of investments of stocks,   bonds, and real estate but when this all goes down, you will see that it is all apart of the same illusion of the dollar. The Elite, of course, controls the dollar. If you do not think independently for yourself, you cannot help but to be controlled, whether you know it or not. Every aspect of your life is monitored, regulated, taxed and controlled, not for your betterment, but for betterment of others…