We have all heard of some of the world’s most recent plagiarism cases which have made the headlines. From Melania Trump ripping off Michelle Obama’s speech as First Lady to Dan Brown whose famous book ‘The Da Vinci Code’ was subject to plagiarism allegations on a number of occasions. We tend to think of plagiarism as one of the worst things a writer, musician or any other type of artist can do, and with the opportunity to head online and use a plagiarism checker quickly and easily, we wouldn’t expect this to still be continuing. Plagiarism isn’t a new concept, however, and before this technology existed, a number of historical figures were also accused of having plagiarised in the past. Here, we’re taking a look at some of the most famous examples. 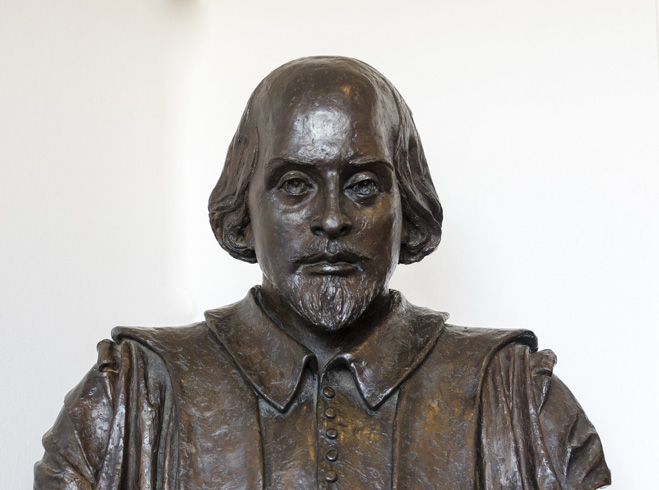 Having been compared to the character Autolycus in the Winter’s Tale, William Shakespeare has long been accused of plagiarism. Some of the most notable examples include the line ‘The barge she sat in, like a burnished throne/Burned on the water’ which came directly from Plutarch. According to some sources, a number of plots were also stolen with just two of his plays deemed to be somewhat original: A Midsummer Night’s Dream and Twelfth Night.

There has been a significant amount of criticism towards the truth behind Prophet Muhammad, with some suggestion that the Prophet was attempting to pass off a substantial amount of apocryphal material as his own. Some commentators believe that the view on human development within the Qur’an was also plagiarised from ancient Greek embryology, accusing the Prophet of taking the works of Aristotle and Galen as his own.

Within the Qur’an, it is also noted that there is a significant amount of unusual phrasing, style unevenness and change in writing style which makes it similar to that of the Bible, which could also indicate possible amounts of plagiarism. However, many scholars who follow the religion argue that due to Muhammad’s Uncle’s influence, he adopted much of Christianity from a young age and then deviated from the religion as he grew older which could be reasons for the change in style, tone and phrasing.

MLK’s plagiarism scandal was one that shocked the nation and despite his prestigious accolades which he collected throughout his lifetime, and after his death, it was revealed that passages in his doctoral dissertation in systematic theology were in fact plagiarised from the likes of theologians Paul Tillich and Henry Nelson Weiman. This was investigated by the Boston University committee who awarded the doctorate, however the university actually ended up ignoring and even excusing the plagiarism that occurred suggesting that blending words and paraphrasing was somewhat commonplace.

This wasn’t the only time that Martin Luther King was accused of plagiarism either. It was said that his famous ‘I Have A Dream’ speech was a slightly adapted version of a speech from African American preacher Archibald Carey Jr. Carey Jr. gave his speech to a political convention in 1952, but while some critics believe King plagiarised the speech including lines, such as “My country ‘tis of thee, sweet land of liberty, of thee I sing. Land where my fathers died, land of the pilgrim’s pride, from every mountainside, let freedom ring,” other historians believe that the two activists actually knew each other and collaborated.

Helen Keller was around long before the internet, but that doesn’t mean she was acquitted from plagiarism. Keller was known for being in the spotlight from a young age, having published her book ‘The Frost King’ at the age of 11. However, it was this particular book that led to a number of allegations of plagiarism and similarities drawn from the book ‘The Frost Fairies’. Keller remained adamant that she had never heard of, read or seen the novel, but it was later announced that she had indeed been read this book at a young age. Nevertheless, Keller remained a prominent author and political activist throughout her lifetime.

Well-known for her book ‘Miss Beeton’s Book of Household Management’, Beeton became one of the best-selling authors of the 19th century. This huge recipe book was a hit at the time and at the end, Beeton simply cites ‘a great doctor’ and a solicitor. However, there are a number of sources that suggest that Beeton had in fact stolen a great number of recipes, if not all of them, from writings from the likes of Florence Nightingale and Eliza Acton. Without changing the gender of the voice for recipes stolen from men and even just a few changes of text to move away from any direct plagiarism allegations which could have been made, Beeton really didn’t appear to deserve the best-selling author title that she received from this publication. Despite passing away at the age of 28, Beeton’s husband continued to sell copies and republish the book, meaning the plagiarism lived on.

This particular case of plagiarism is an interesting and somewhat bewildering one. William Lauder put together a truly extensive plan in order to steal the work of John Milton’s Paradise Lost published in 1667.

Instead of simply copying the content word-for-word, Lauder instead spent a significant amount of time editing the works of the likes of poet Andrew Ramsey and Jacob Masenius to insert Latin-translated lines from Milton’s book. He then claimed that Paradise Lost was plagiarising the poems. Unfortunately for Lauder, the plan fell through quite quickly, due to his poor Latin knowledge and the fact that other, older copies of the original poems still existed to therefore falsify his claims.

As you can see, a great number of famous figures and some of the world’s most respected individuals have been caught plagiarising some form of their work. Plagiarism is in fact an act of fraud and a number of consequences can occur depending on the severity of the plagiarism, so it is much better to avoid this entirely than simply to try and get away with it.